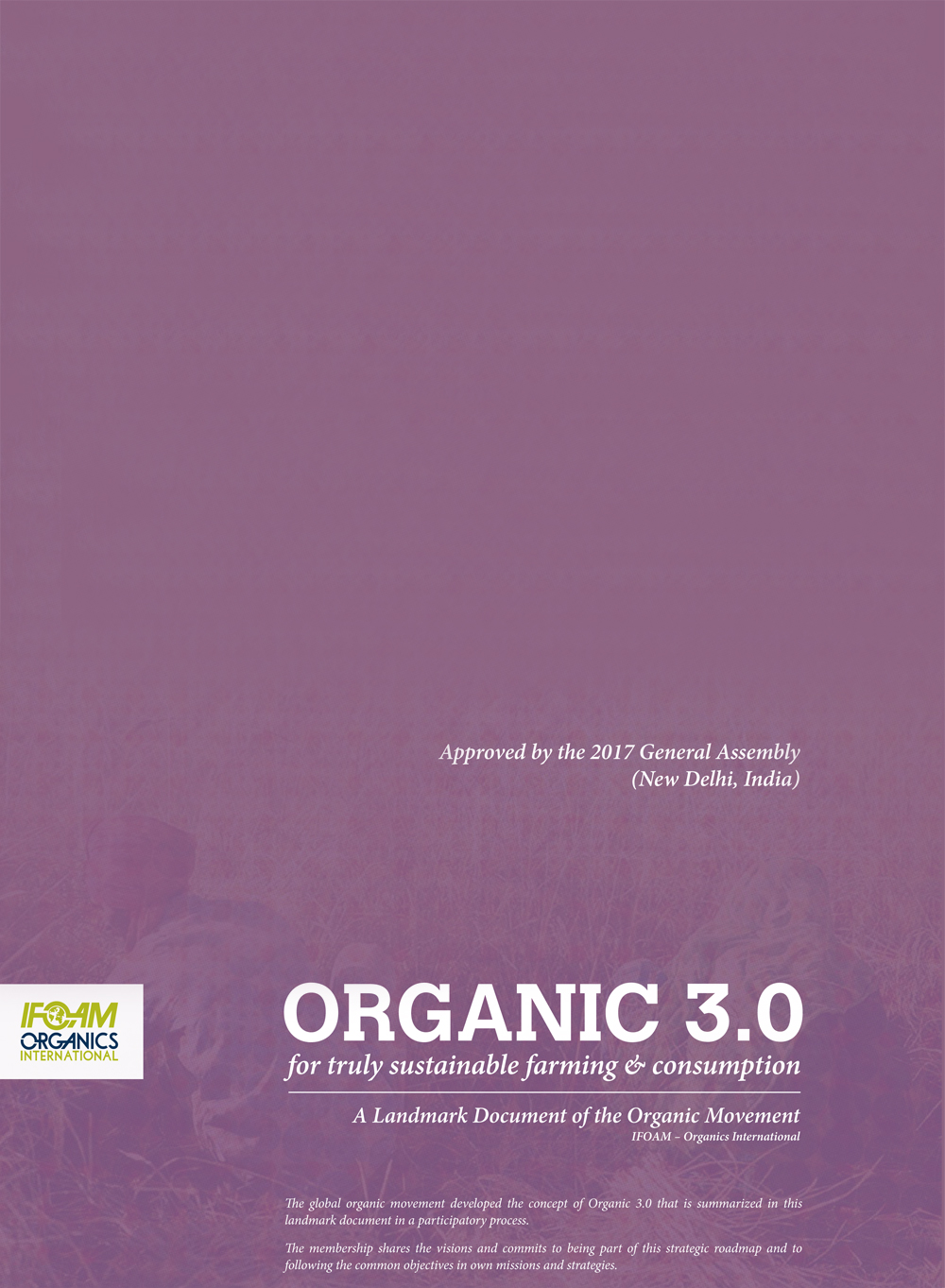 Organic 1.0 was started by our numerous pioneers, who observed the problems with the direction that agriculture was taking at the end of the 19th century and the beginning of the 20th century and saw the need for a radical change.

Organic 2.0 started in the 1970’s when the writings and agricultural systems developed by our pioneers were codified into standards and then later into legally-mandated regulatory systems.

Organic 3.0 is about bringing organic out of its current niche into the mainstream and positioning organic systems as part of the multiple solutions needed to solve the tremendous challenges faced by our planet and our species.

The global organic movement developed the concept of Organic 3.0 that is summarised in this landmark document in a participatory process.

Organic 3.0 forms from the top-down and the bottom-up: We work collectively toward a common framework that emerges out of the diversity of like-minded initiatives from around the world.

You can find out more about which cookies we are using or switch them off in settings.

My cart
Your cart is empty.

This website uses cookies so that we can provide you with the best user experience possible. Cookie information is stored in your browser and performs functions such as recognising you when you return to our website and helping our team to understand which sections of the website you find most interesting and useful.

Strictly Necessary Cookie should be enabled at all times so that we can save your preferences for cookie settings.

If you disable this cookie, we will not be able to save your preferences. This means that every time you visit this website you will need to enable or disable cookies again.